Siva Chetty, Veolia KwaZulu-Natal Operations Manager, spoke to learners at Dr. Nembula High School in Folweni on 31 July 2019 as part of National Science Week, in conjunction with the KZN Science Centre. Chetty had the opportunity to discuss the long-term importance of water reuse, and how this can be achieved, and spoke about the careers associated with combating climate change.

National Science Week 2019, which ran from 29 July to 3 August, is an annual celebration of science, engineering and technology, led by the Department of Science and Technology. Various stakeholders, role players and interest groups conduct activities that promote awareness of the importance of Science, Technology, Engineering, Mathematics, and Innovation (STEMI). The theme for 2019 was “Facing the harsh realities of climate change”.

Science and engineering are making significant inroads in addressing challenges such as environmental pollution and climate change. Chetty spoke about Veolia’s commitment to working towards water security, climate change response and sustainable development. He discussed Veolia’s initiative for a Durban-based project to expose youth and society to Veolia’s ambitions for a circular economy. The main goals of the project are to partner with local organisations, schools, artists and universities to promote sustainable living, waste recycling and re-use, and using renewable energy. 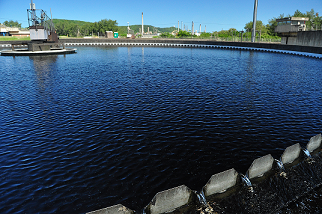 The day was a great success and Chetty inspired the leaners with his own story. He went to a rural school in Cliffdale where there were severe water shortages. He shared how he embraced science and aspired to qualify as a chemical engineer. He has worked for over 30 years in the water and environmental field.

Veolia Water Technologies South Africa is committed to supporting and developing the communities in which it operates. Awareness weeks like National Science Week are a fantastic opportunity to educate future leaders and innovators of South Africa.