An independent study by marine consultancy Deltamarin revealed that the ABB Azipod® electric propulsion system for ferries could save up to $1.7 million in annual fuel costs per vessel, strengthening Azipod® propulsion’s market-leading position in sustainable marine technologies. 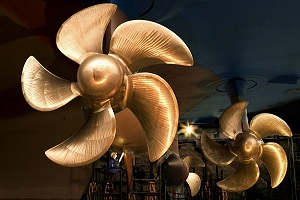 The global ferry industry, which transports 2.1 billion passengers every year, according to trade association Interferry, is facing increased pressure to meet the International Maritime Organization’s target of reducing annual emissions by 30 percent by 2025.

To help ferries improve energy efficiency and lower emissions, ABB is launching a new series of mid-power range Azipod® propulsion systems in June 2019. The latest Azipod® series will be available in the 7.5 to 14.5 MW power range and will fill the gap between the low and high-power range of Azipod® propulsors already in the market.

“We are continuously strengthening our portfolio of electric, digital and connected solutions that maximize the potential of ships and ultimately enable more sustainable operations,” said Peter Terwiesch, President of the Industrial Automation business at ABB, which offers solutions for a wide range of industries, including marine. “With the launch of the mid-power range Azipod® propulsion, we will be able to empower more shipowners to improve the performance of their vessels while lowering environmental impact.” 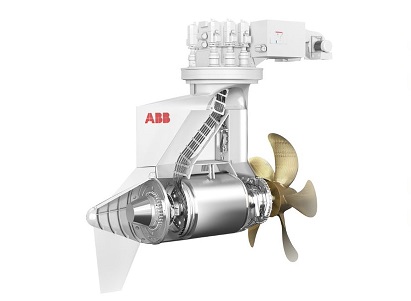 The latest Azipod® ‘M’ series is equipped with ABB’s fourth generation permanent magnet motors that draw on proven Azipod® propulsion technologies and have been refined to further increase power and maximize efficiency. The design simplicity of the system provides increased robustness and reliability, at the same time allowing for ease of maintenance.

With this expansion, the Azipod® propulsion family now covers the power range of 1-22 MW and is available for vessels from smaller crafts to icebreakers capable of independently operating in the harshest conditions. In addition to ferries and RoPax vessels that carry both vehicles and passengers, the mid-power range will also be applicable for larger offshore construction vessels, midsize cruise ships and shuttle tankers.

ABB – one of the world’s leading enablers of sustainable transportation – has already received several breakthrough orders in the ferry segment, including an Azipod® propulsion system for an LNG-powered Viking Line vessel due for delivery next year. Azipod® propulsion was also preferred by Finnish shipping company Wasaline for a recently ordered dual-fuel and battery power ferry, which will operate between Sweden and Finland.

“Building a future-proof, robust RoPax ferry requires proven technology that enables energy efficiency, saves valuable onboard space and provides increased passenger comfort. These features, coupled with superior maneuverability that would allow the ferry to operate a precise schedule crucial for a busy route, have made ABB’s Azipod® propulsion a natural choice for our newbuild project,” – said Peter Ståhlberg, CEO of Wasaline.

With over half of its global revenue generated from solutions that directly address the causes of climate change, ABB is at the forefront of sustainable development.

ABB (ABBN: SIX Swiss Ex) is a pioneering technology leader with a comprehensive offering for digital industries. With a history of innovation spanning more than 130 years, ABB is today a leader in digital industries with four customer-focused, globally leading businesses: Electrification, Industrial Automation, Motion, and Robotics & Discrete Automation, supported by its common ABB Ability™ digital platform. ABB’s market leading Power Grids business will be divested to Hitachi in 2020. ABB operates in more than 100 countries with about 147,000 employees. www.abb.com