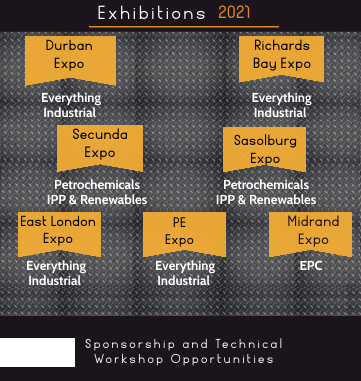 November 2018 marked 25 years of service for Babcock’s fabricating facility as it celebrated two and a half decades of providing fabricated products and a full range of specialised support services to Africa’s power generation and metallurgical industries.

Where it all began

“Babcock has always been highly adept at being able to conceive, design and implement radical solutions; however, it became clear at the time that the slowest and most critical aspect of being able to deliver was the final manufacture, which was then being undertaken by ICAL (International Combustion of Africa Limited) and other fabricators,” says Brook.

With the dissolving of ICAL in 1993 the opportunity arose for Babcock to establish its own fabrication capability and thus, with some R2.3 million of orders on hand, a team of 10 staff set up shop to complete the projects and prepared to secure additional orders. The “jewel in the crown” that Babcock aimed for was to bid and win the design, supply and manufacture of the penthouse headers and manifolds on six boiler units at one of the largest power stations in South Africa.

“Every single person committed to making it work and it did! We cleared the projects we had, got more work out of industry and were awarded the much-coveted bid,” recalls Brook.

Since then, Babcock’s fabrication division has gone from strength to strength and has established itself as a leading South African provider of pressure parts for utility and water tube boilers and steel fabrication, backed by an experienced and fully committed team – some of whom have been with the company since inception.

Based at modern workshop premises in Jet Park, Johannesburg, the factory undertakes both new boiler projects as well as the manufacturing of replacement parts for existing boilers. The workshops are well equipped to deal with high pressure tubular fabrication and tube manipulations as well as welding and assembly of high pressure tubular components. The workshop areas consist of four purpose-built production bays, while an outdoor stockyard and lay down area houses the hydrostatic test, spray painting and store facilities.

Workshop manager Fernando Nunes is the fabrication facility’s longest serving employee, having been with company almost from day one. His motto is “we’ll make it happen” and he says his team is fully committed to meeting customer requirements.

“We never say no and will do what it takes to keep our customers happy,” says Nunes, adding that their success over the past quarter century has much to do with their consistent quality of work and ready availability. “We are available to our customers 24/7 and will quickly respond to any emergency breakdown.”

Babcock recently played a major role in the refurbishment of the three boiler units at a local power station, an extremely successful project that comprised executing more than 22 000 internal butt welds as well as a successful economiser modular replacement and turbine loop piping replacement.

“Our fabrication facility ensures that we have direct control over production and construction activities and can deliver timeous completion of contract work under demanding schedules and breakdown conditions,” says Nunes. “We strive to deliver quality and our weld repair rate is amongst the lowest in the industry.” Babcock is accredited with the International Standard of Welding Professionals ISO 3834 Part 2 comprehensive quality requirements and all welders employed at Babcock’s fabrication facility are certified members of the South African Welding Institute (SAIW).

The facility utilises all types of welding including MMA, GTAW, GMAW and SAW, and any materials from normal carbon steel up to the 1% and 2¼% chrome steels as well as high temperature, high strength, creep* resistant steels are used.

Nunes says that while the boilers are still manufactured the same way they were 25 years ago, quality upgrades have been carried out over the years at the premises, and there have been advancements in equipment technology, with the company recently investing in a new, fully automatic, CNC bending machine.

The factory has also maintained an impressive safety record over the years, with the most recent accolade awarded to Eugene Penny who was named Safety Officer of the Year for 2018 within Babcock’s engineering operations.