Home » Latest News » Opening up on shut downs: Rand-Air takes the stress out of mine shutdown equipment hires

With the vast amounts of capital invested in them, the production pressures on major mines are immense and unscheduled production stoppages need to be avoided at all costs.

However, a mine’s major plant installations such as compressor and metallurgical facilities are pivotal to production. Breakdowns in these areas can be hugely expensive to recover from. Planned shutdowns provide a mine with the means to avoid unscheduled stoppages, as these allow for maintenance, repair and upgrading of plant and facilities, which, because they often work a 24/7 duty cycle,  cannot be taken out of service in the normal run of duty.

Rand-Air, during its 46 years of operation, has proven itself as a valued partner in the service of many mines during both planned and unplanned shutdowns.

“The keys to a successful scheduled shutdown are meticulous planning and effective communication,” says Rand-Air Internal Sales Consultant Adele Matthee, who speaks from vast experience as every year, for many years, Rand-Air has partnered with many of its mining customers to ensure their planned shutdowns are successful. 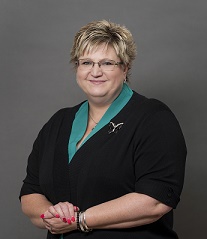 “With many of our mining customers, we have been involved in their planned shutdowns for many years and have a very good knowledge of the type and quantity of hire equipment they will typically need,” says Matthee. Many of Rand-Air’s mining customers have the foresight to start planning a shutdown months in advance. “This is immensely valuable for us at Rand-Air as we can plan to have all necessary equipment ready at the due date,” she continues.

Often with planned shutdowns, specialist contractors are brought onto site to carry certain specific contracts. However, to avoid the unwieldy situation of contractors hiring and rehiring equipment, mines tend to place a single order for hire equipment which they then put at the disposal of the contractors concerned.

However, even with planned shutdowns, the parameters involved can change from one year to the next. In the light of this, Matthee explains that experience has taught Rand-Air staff what salient questions to ask mine engineers who are planning a shutdown.

Having really good knowledge of a mine’s operations is very valuable when preparing for a shutdown, explains Matthee. One needs to know practicalities such as how hire machinery will connect to a mine’s reticulation systems or whether a mine will be able to use electric machines or not.

Rand-Air has a long-standing reputation for supplying high-performance, reliable equipment. This factor is critical during mining shutdowns as servicing or repairing a machine in the middle of one of these events would be prohibitively disruptive for the customer. “Even if it means servicing a machine prematurely, we would rather do this than risk interrupting a shutdown,” she continues.

With both planned and unplanned shutdowns, the volumes of air that a mine requires can exceed what Rand-Air can supply from its own fleet. However, Rand-Air has other trusted suppliers from whom it can hire additional compressors to make up the volume required.

Once the necessary hire equipment has been sourced, the next challenge is to transport it, often from various distant locations, to the mine itself. “Here, once again, we have years of experience of working with certain trusted logistics companies who we know will deliver safely and on time.” In this respect, Rand-Air’s knowledge of specific mines safety and permitting requirements is of great assistance. “Many mines are sticklers for safety and so truck drivers carrying out Rand-Air’s deliveries need to be equipped with the correct PPE and paperwork before they will be permitted to drive on to a mine,” she continues.

Once the machines are on site, should a mine hire more than a certain number of machines, Rand-Air will place a full-time technician on site as well as a containerised mini-depot stocked with all the spares that the technician is likely to need. Usually shutdown projects work around the clock to ensure rapid completion. When this is the case, Rand-Air will ensure that technical support is also available on a 24-hour basis.

As Rand-Air hires out portable compressors, the largest being a 1,500 cfm model, this means sourcing and delivering many compressors to make up the volume on these occasions.

When Rand-Air receives an unplanned shutdown call, Matthee immediately consults with Rand-Air’s logistics section to establish what equipment is available within the company. “We have a computerised system operating throughout Rand-Air which we call our ‘fleet board’, which tracks the bookings and the availability of all our equipment. This is essential as we do not want to be taking a compressor, for example, from one of our depots for a certain hire when it has been booked for another,” she says.

And then again, if Rand-Air does not have the fleet available at that specific time, Matthee and her colleagues have the experience and know from which suppliers they can cross-hire reliable, quality equipment. In this instance, Rand-Air takes on the role of the project manager. “For our customers, it means that they can make one phone call and know that, for a shutdown, they can source all their hire equipment from one reliable supplier,” she says.

“Over time, the role of project consultant is one we are increasingly taking on,” Matthee explains.

As mentioned, continuous effective communication during the planning and execution of a shutdown contract is essential for success. Matthee explains that Rand-Air has developed a system which allows everyone involved from both the supplier and the customer sides to be fully apprised of exactly what is happening at any given time. If for example a compressor is being sourced from a distant site, the customer will know when the truck has been dispatched to fetch it, when the compressor is being loaded, when the truck is once again on the road and what the estimated time of arrival is. “This affords the customer peace of mind so they can concentrate on their core activities,” she says.

An advantage that Rand-Air has is that, for many years, the company has had a consistently low staff turnover. When a mine contracts with Rand-Air to supply equipment for a shutdown, it will benefit from the accumulated expertise of Rand-Air’s highly experienced staff.

“For us at Rand-Air, mine shutdowns, while they are challenging, are also very exciting as they give us the opportunity to show what our company is capable of,” explains Matthee.

“The achievement of finding 50,000 cfm of compressed air for a customer at short notice and getting it safely to site on time is a satisfying and rewarding experience both for ourselves and, ultimately, for our customers,” she concludes.