“The hydrogen economy has been a vigorous discussion point for the past twenty years or more. Hydrogen is a key ingredient for the production of nitrogen based fertilisers, which have enabled the feeding of the rapidly increasing human population of the world over the last 100 years. Hydrogen is also seen as one of the panaceas for defeating climate change as it can also be used as a clean or zero carbon vehicle fuel and as a means of storing excess energy generated using renewable generation technologies such as wind and solar PV” says Justin Wimbush, Founding Director of Kambuku Consulting. 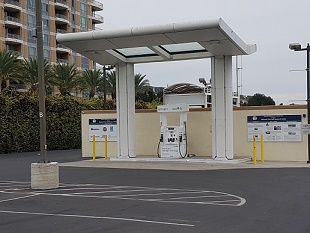 “Until recently though little progress has been made with these last two uses due to the high cost of the technologies. However, recent technology developments have resulted in hydrogen vehicles and hydrogen electricity generation becoming much more affordable.  In addition, increasing national carbon emission targets have increased incentives to develop alternative low or zero carbon solutions”.

So, the question is, Wimbush asks, “How could South Africa, with its wealth of renewable energy resources in the form of wind and solar irradiation benefit?”.

Hydrogen production from natural gas is a well-established and relatively low cost process that produces a fuel that is clean at the point of use, but produces large quantities of carbon dioxide (CO2) at the point of processing so is not environmentally friendly unless compared to emitters with higher levels of emissions. This type of hydrogen is known as grey hydrogen. If the CO2 emitted during the production of grey hydrogen is captured and stored rather than being released to the environment, the resulting hydrogen is then called blue hydrogen.

Hydrogen can also be produced through electrolysis of water and if the electricity used is generated using renewable energy sources then it can comfortably be called renewable or green hydrogen. Until recently a particular stumbling block in the production of green hydrogen was that only fresh or desalinated water could be used and availability of fresh water and low cost renewable energy did not always coincide.

“Similarly, the technology is viable or nearly viable to supply South African produced green hydrogen to the European transport markets. This is supported by the fact that countries such as Japan putting in place arrangements to purchase hydrogen generated in locations as distant as Chile” Wimbush said. 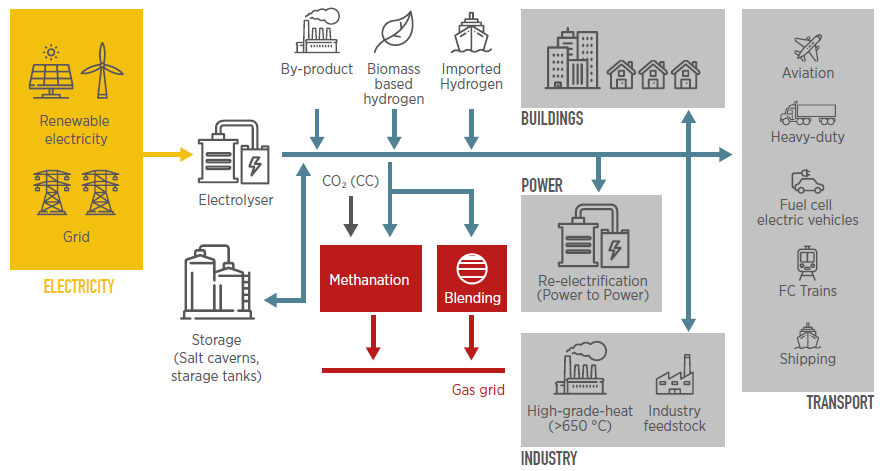 Assuming that South Africa’s bountiful renewable energy resources, existing ports infrastructure and political stability provide a significant edge over the geographical advantage of the North African countries, what are some of the things that South Africa could do to take advantage of at least a portion of this potentially massive opportunity?  “Putting in place a supply chain to export hydrogen to, for example, Europe, will need the installation of wind and solar farms to generate the electricity required for the production of the hydrogen and ports infrastructure capable of accommodating hydrogen tankers, whether carrying the hydrogen cryogenically or as ammonia”. Wimbush added “There will also need to be infrastructure, such as pipelines, to get the hydrogen to the ports from where it is generated. The Eastern Cape and Western Cape provinces have the best combination of wind and solar resources and also access to sea water. And of course, there will need to be finance available to fund this infrastructure and, government guarantees to protect the investments”.

“None of these challenges are, on the face of it, insurmountable. The port infrastructure exists, parties experienced in the financing, development and construction of pipelines, wind and solar farms exist. What is required is for a global player or consortium to pull these various pieces of the jigsaw together and move this massive opportunity forward”. Wimbush concluded.