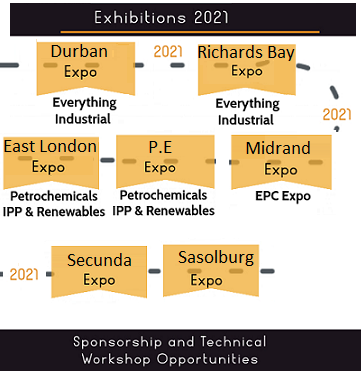 The Department of Science and Innovation (DSI) on Wednesday, 19 August 2020, unveiled five methanol fuel cell systems and two hydrogen fuel cell systems, which will be used at Pretoria’s 1 Military Hospital as a primary source of power for the field hospital facilities established as part of Government’s response to COVID-19.

The project is a partnership between the DSI, the Department of Public Works and Infrastructure, the Department of Defence, and private sector companies. In addition to it being part of government’s COVID-19 response, it is also integral to government’s vision to integrate hydrogen within the economy, motivated by the benefits that will accrue as a result, which include decarbonising the economy.

Given its experience in the production and handling of hydrogen which it uses to produce liquid fuels, fuel gas and chemicals, Sasol has agreed to partner with the DSI and other stakeholders as part of its commitment to working with government in creating an economically viable hydrogen economy for South Africa.

For this project, Sasol will be donating 10 000 litres of methanol and 600 kg of hydrogen every month until the end of April 2021 to help power the field ICU facility at the hospital. The company is also working with its customers, Air Products and Protea Chemicals, to assist with logistics for supplying the fuels to 1 Military hospital.

“This is an important initiative for Sasol for many reasons,” said Charlotte Mokoena, Executive Vice President for Human Resources and Corporate Affairs at Sasol.

“In addition to the fact that this contribution espouses who we are as Sasol and demonstrates our unwavering commitment to supporting and collaborating with government in executing innovative solutions to current challenges, it also illustrates the direction Sasol is taking. We are deliberately pursuing renewable energy sources through technology, innovation and collaboration, and sustainably produced hydrogen is integral to us reducing our carbon footprint across our operations.”
Beyond this project, Sasol will continue working with the DSI in the process towards the development of a South African Hydrogen Roadmap.

Other partners on the project are Bambili Energy Group, which is a Black and Black female-owned entity that specialises in commercialising intellectual property developed through the Hydrogen South Africa (HySA) programme, as well as technology providers Horizon, Element One and Powercell Sweden.